Matti Maeri Tom, CGC, TikiHut Class of 1999, 1st Princess of the TikiHut
and foster mom/sister to many of the TikiKids. 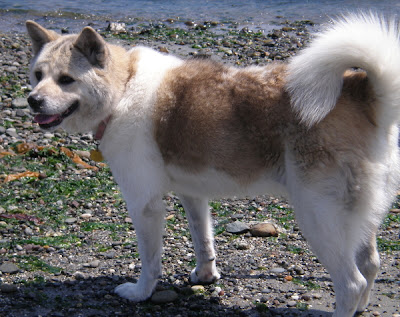 You were the reason why we do this and why TARA exists today.

You will be missed very much by all that have had the pleasure of enjoying your charming personality and seeing those beautiful, brown eyes.

See you at the Rainbow Bridge.
Posted by Matti at 10:42 AM No comments: 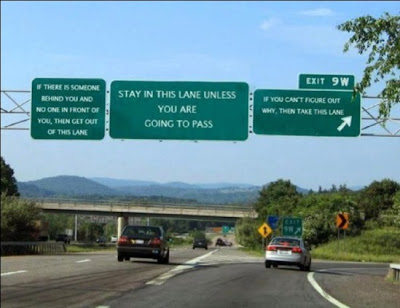 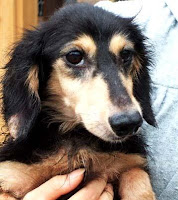 People have asked how they can help the people and animals in Japan that have recently suffered from a terrible tsunami and earthquake.

If you would like to read more about animal rescue organizations doing hands-on work in Japan right now and how you can support them, please visit:  http://network.bestfriends.org/golocal/eastasia/16856/news.aspx

If you are wishing to support those providing rescue and aid to the people of Japan, Hawaii, the United States West Coast, your local community or looking for volunteer assistance opportunities in your area, please visit:  http://www.redcross.org

Additional information on how you can support the tsunami relief efforts in Japan can be found here:  http://newsfeed.time.com/2011/03/11/five-ways-you-can-help-earthquake-and-tsunami-victims-in-japan/
Posted by Matti at 10:17 AM No comments: 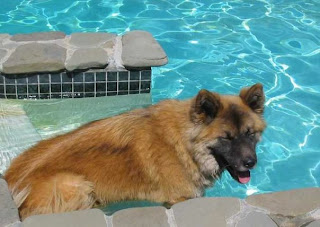 Ben Bear went to the Rainbow Bridge yesterday...
We all miss him terribly, but look forward to seeing him and all of our other furry friends again. . . 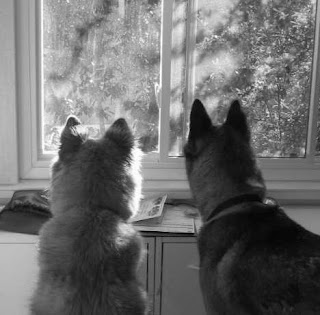 The Honor of Knowing Yogi

Here's a story that really exemplifies what rescue is all about through the experience of a rescuer and an abandoned senior dog. Unfortunately, there are too many "Yogi's" out there these days. . .

Rescue seems to leave us with lots of questions about some of our fellow humans. This situation was no different. How could you? That’s the question I couldn’t come up with an acceptable answer for, and never did.
When I arrived home Thursday evening I had an email saying an old Alaskan Malamute had been abandoned at the Petco near Concord Mills. He was walked to the back of the store and tied to a shopping cart with a plastic bag of food and a bowl. I immediately called the store and was told the dog had been transferred to animal control earlier that day, and that he wasn’t a Mal, but rather an Akita. The groomer there explained that once they discovered the dog they went back to view the store surveillance tape and saw her walk in and then exit the store 6 minutes later. He didn’t even have the dignity of a name.
One of our volunteers, Linda, helped get the information passed to the Akita rescue community. Animal control was holding him to satisfy the stray hold. On Monday we were able to get photos and video clips of the dog at the shelter. He was in bad shape, moving very gingerly, but trying. He had severe GI and eyes so cloudy I wasn’t sure he could see. I left with the information and a clock ticking on him for euthanasia at the shelter—a facility that gasses, unfortunately.
By the next morning I had decided the old boy deserved a chance and no less than a humane euthanasia if it came to that. I so hoped it wouldn’t. I have navigated serious long term health problems with my personal dogs and provided hospice care to them. It looked like a tough road ahead, but I wanted to try. I called the shelter in the morning and told them we were hurrying to put up a temporary place for him and I would be there asap. We also arranged for him to have a rabies vaccine while the humane society Vet was there seeing their dogs. Also, Michelle called from Heart of Dixie Akita about mid-day to check on him and I told her what my plan was. She said there were some other Akita folks, Joann Dimon, trying to assist and look for him a senior sanctuary or placement. My heart soured as his band of friends was growing. 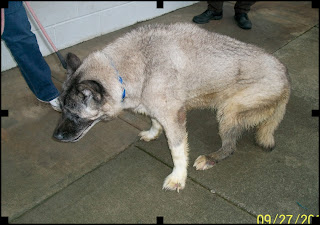 When I arrived at the shelter one of the officers came out and said “it doesn’t look good”. I asked what was going on, and he said the dog had not stood all day. My heart just sank and we proceeded to the back to strategize on how I could best load him. They offered to put him to sleep right then—I said no for two reasons. I wanted him to have the benefit of seeing a good Vet and did not want him gassed—he deserved so much more, they all do.
By the time I pulled around to the back of the shelter, he was sitting in a slump. I thought he had walked—he hadn’t and they carried him. He was literally dripping a trail of urine and feces. The officer picked him up and put him in my van. I drove as fast as I could safely back home to a waiting bath for him. He didn’t fight, he was so lethargic and spent, he couldn’t. 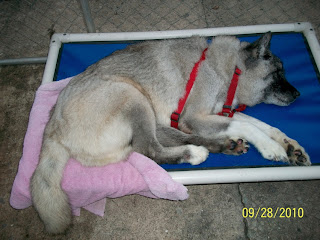 I had e-mailed his photos and videos to my Vet and connected with her by phone in the evening to develop an overnight plan. I honestly wasn’t sure he was going to make it through the night. Hopefully he felt better being clean and about 1:00 a.m. he ate a few bites of chicken for me. Although he wasn’t acting painful, I know he had fallen on the slick wet floors at the shelter, so he also got a tramadol for pain, an Imodium for the diarrhea, and subQ fluids to try to rehydrate him. He hadn’t been able to reach the bowl at the shelter and was very dehydrated. We both dosed off about 1:30 a.m. He slept pretty soundly except for another GI upset. At 5:00 a.m. he awoke thirsty and a bit hungry. I fed him a little and prepared him for his 11:00 a.m. appt. with the Vet. When he vocalized it was the sweetest howl. We set up the bottom of a plastic crate with pads and blankets for the ride as he was having a very difficult time raising his front end as well. He rode well and seemed to like the cocoon of the crate and not having to brace himself as much.
He was such a good boy for the exam. He couldn’t stand and it was difficult to tell if he had orthopedic problems or neurological or both. He knuckled all four paws under and couldn’t seem to place them correctly to stand. He was very thin and his muscle mass was almost non-existent. He had urine scolds on his stomach and on his feet to the point of bleeding. They drew blood and we began to talk about a plan to get him mobile again since he had been able to stand on Monday afternoon. They did a blood smear in the meantime that showed no microfilaria—one victory. His lungs and heart sounded okay—another victory! I was concerned though as his teeth began to chatter, a pain signal, and he was super sensitive to touch. Then his lab results came back. Everything started to fall apart. He was in kidney failure and also had high liver values. The room started to spin for me as I was looking forward to bringing him home and working on getting him walking. Now we had internal organ functions failing and a brave boy that couldn’t walk. I needed time to think and sat for about an hour with him considering everything. It’s a road I had personally been down before. My Vet and I both felt there was very little chance that the neglect he had suffered at the hands of his cowardly owner, and the time at the shelter could now be reversed. About 3:30 I finally decided, after another talk with my Vet, that the kindest thing was to let Yogi pass with dignity. He was talked to with kind voices, handled loving and gently by the staff and passed surrounded knowing he was handsome and good in every way. I told him I was sorry and that there were other’s of which their good thoughts he occupied, and prayers he received. How could someone leave an animal at the greatest hour of need? How?
Thank you to both Michelle Wild and Joann Dimon of Akita rescue for calling to support me, as well as my fellow Malamute colleagues. I was honored to know this brave dog, Yogi, if even for a short time. We cared about you boy. Run free, whole, and healthy again, precious boy!
Sharon Huston
Alaskan Malamute Rescue of NC
P.S. A candle has been lit to honor Yogi: 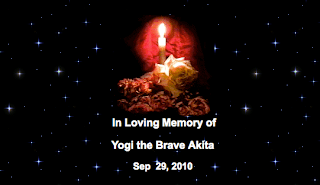 http://www.in-memory-of-pets.com/personalcandle.php?ID=82512
Posted by Matti at 5:10 PM No comments:

UPDATE - Friday 10/22/10: Pet Pride Day has been CANCELLED this year due to Sunday's rainy weather conditions and concerns for the health and safety of the animals.

Hi! Some of the TikiFriends and one or two of the TikiKids will be at Pet Pride Day 2010 in San Francisco on October 24, 2010. At Pet Pride Day, you can see the Halloween Pet Parade with lots of pets in their Halloween costumes, demonstrations with talented animals, find and adopt your new best friend and much more. For more information, please visit www.petprideday.com. 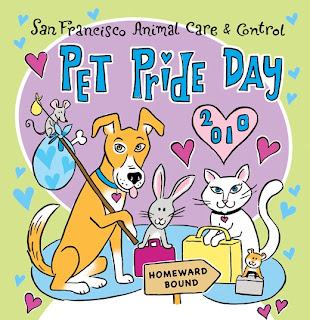 Akita Rescue and Breed Information at: